Owing to the pandemic, the 2021-2022 school-year was disrupted in most schools and colleges, which made it impossible for them to achieve their training properly. Only one college, the Lycée Georges Baptiste, was ready to compete, which led the Ordre des Canardiers to cancel the 2022 edition of the Canardier Cup. Still, in order to enhance the students’ work, a Canardier delegation visited them on March 17th and attended a demonstration in the same conditions as during the Canardier Cup Contest, with a jury who watched them and tested their dish. Julien ROUDIE (cook) and Valentin LANGLOIS (waiter) were inducted Gentleman Canardier and were offered a tablet as a reward for their work. Headmistress Marie GUGUIN attended the ceremony, during which Master Canardier Marcel LHERONDELLE, who will retire in June, was thanked for training so many students throughout his career as a teacher and was given the Canardier Cup winners’ Trophy. 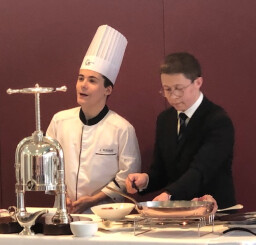 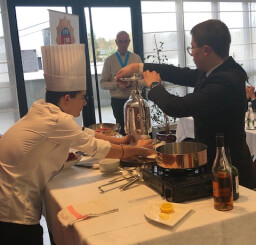 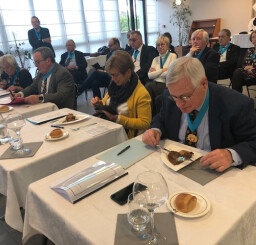 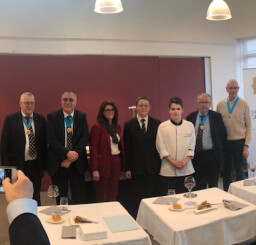 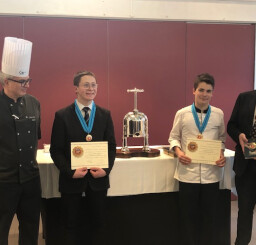 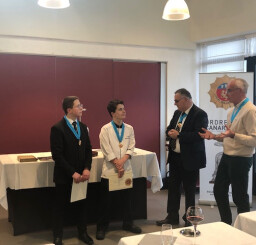 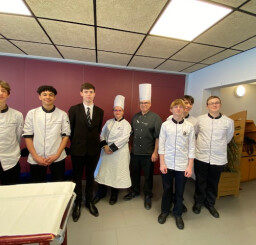 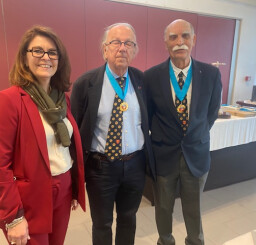 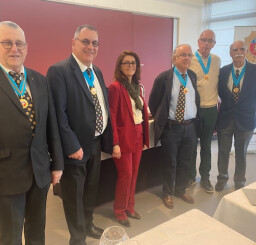 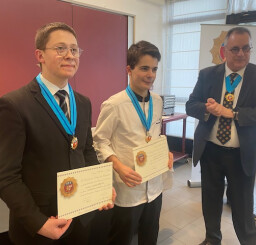 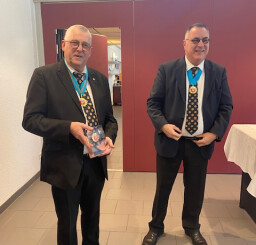