In the beginning, indeed, a good many years ago, in Val de Seine, the duckling resulted from the farmyard ducks’ frolicking with fast and vigourous drakes wich, if one can say so, seduced them on the wing, at migration-time. These wild drakes did not lack organisation and knew the good stops where to rest and combine pleasure with business as well. Thus, as the place where the Seine winds at Duclair provided shelter from the the northerly winds, behind the high white chalk cliffs , it became a transit asylum offering both a pleasant temperature and a cheerful welcome. Our wild drakes were regularly looked forward to and there was a lot of chattering going on in in farmyards. As it was these ducks were ready for mating two month earlier than those from the other regions, while the males, free and migratory, were fleeing the cold season and flocking forwards better climates, while flying over the river, they were far from indifferent to the calls of the females that were watching for them down in the vale. Soon after their passage, one could notice eggs were laid and brooded precociously The fruit of these matings is of medium size with a strong chest, small thighs and abundant blood. The male differs from others by a shimmering plumage a head with beautiful green glints wich is separated from the cheast by a white neck. Its back is grey-blue, its stomach pale-grey and its wings are speckled by a broad and soft blue strip edged by a white border. The female duck presents a duller plumage (of a more or less washed brown) and a yellow beak. Magnificent recruits for the press of the tables d’hôtes.

The period of the Pere Denise did not know the refrigerator. It was necessary therefore that a farm-yard should near the inn for one to be able to have some fresh and tender poultry whenever an unexpected or quick meal occured. In half-an-hour, it was suffocated, plucked and roasted.The duckling (suffocated instead of being bled) was skewered and roasted for 20 minutes in a wood fire, before being served to the guests. The breasts were served rare, like steak, whereas the wings and thighs were mustarded and then, grilled. Gravy was made with the liver and shallots. Such was the duckling in the Pere Denise style.

To day many restaurants in Rouen, in Normandy, but also in many countries serve the rouennaise Duckling to the with sometimes some variants but respecting the following basic rules:

This recipe was created in 1933 by Michel Gueret young bursar on board of the steamship Felix Faure for members of the Rotary Club of Le Havre. It has inspired the recipe of the duckling Rouennais conceived by Louis Converts kitchen chief of H.M. Edouard VII

Elements of composition (for 2 persons)

To serve at the table 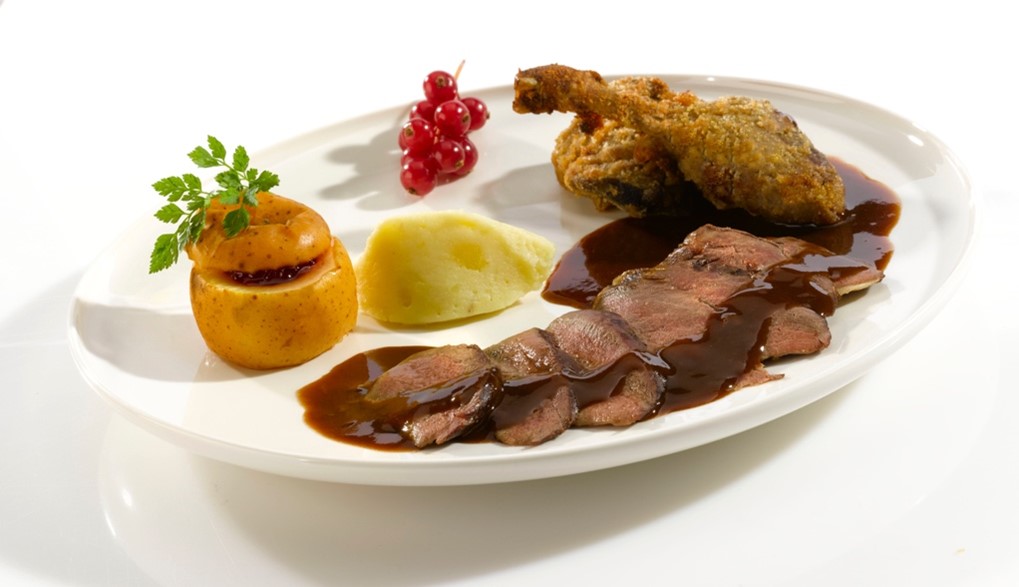 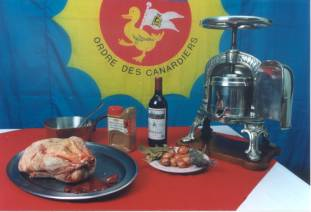 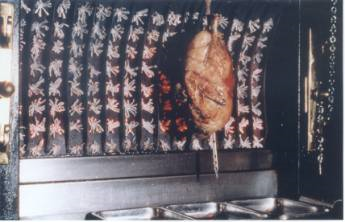 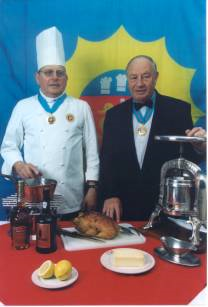 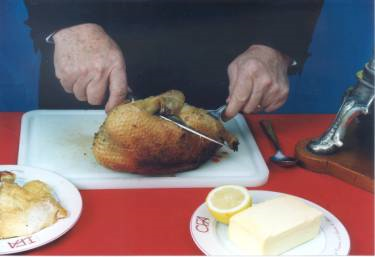 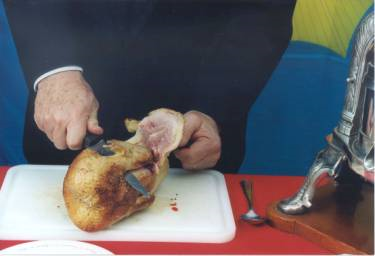 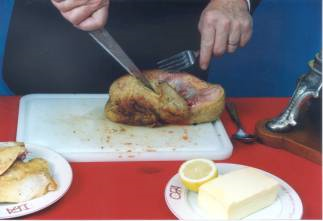 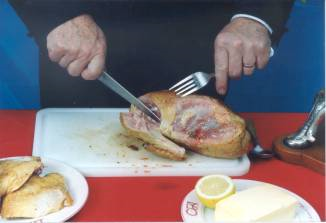 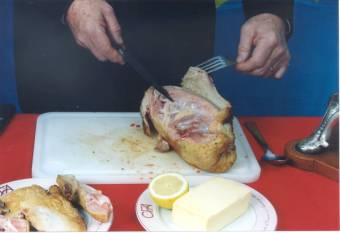 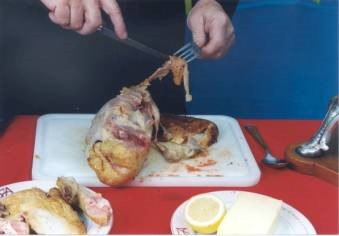 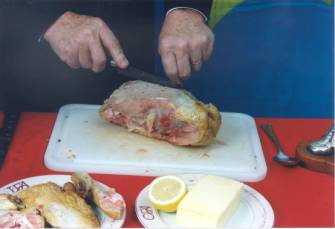 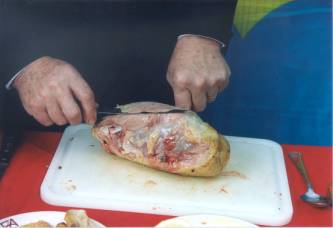 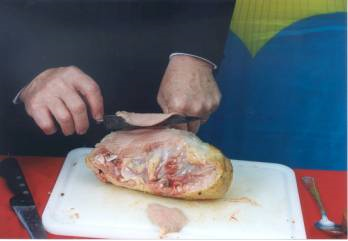 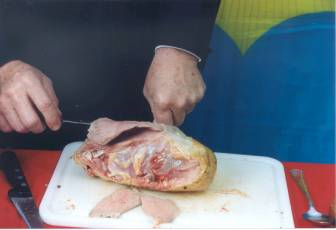 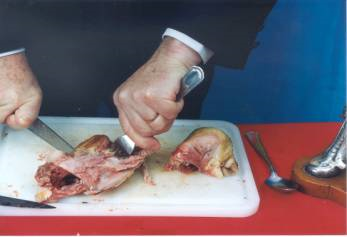 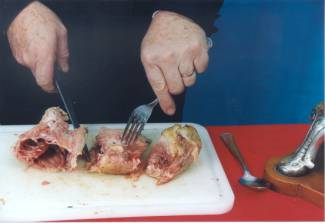 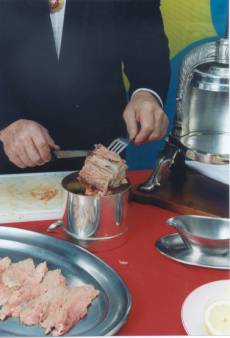 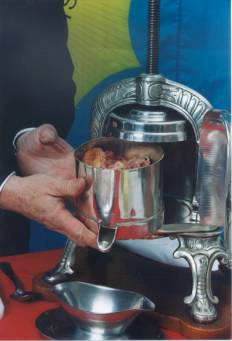 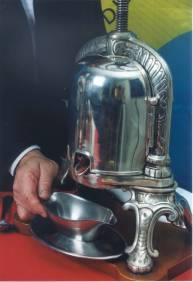 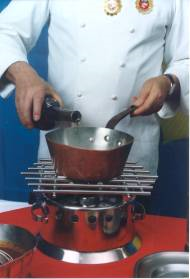 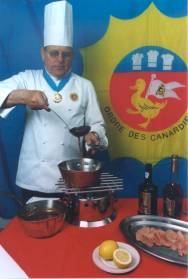 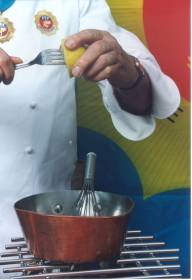 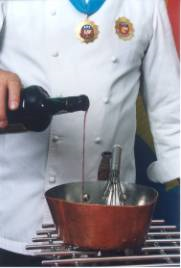 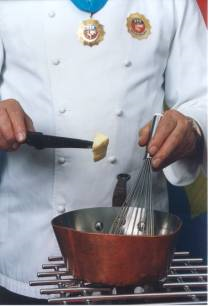 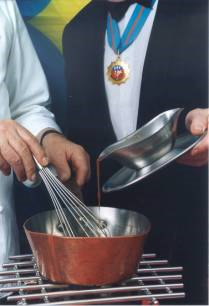 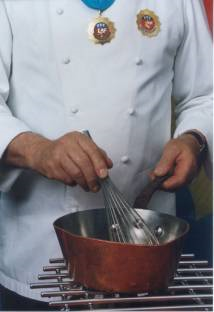 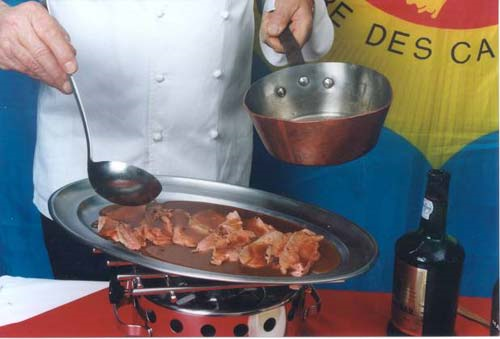