GATHERING OF COMPANIONSHIPS IN PICARDIE 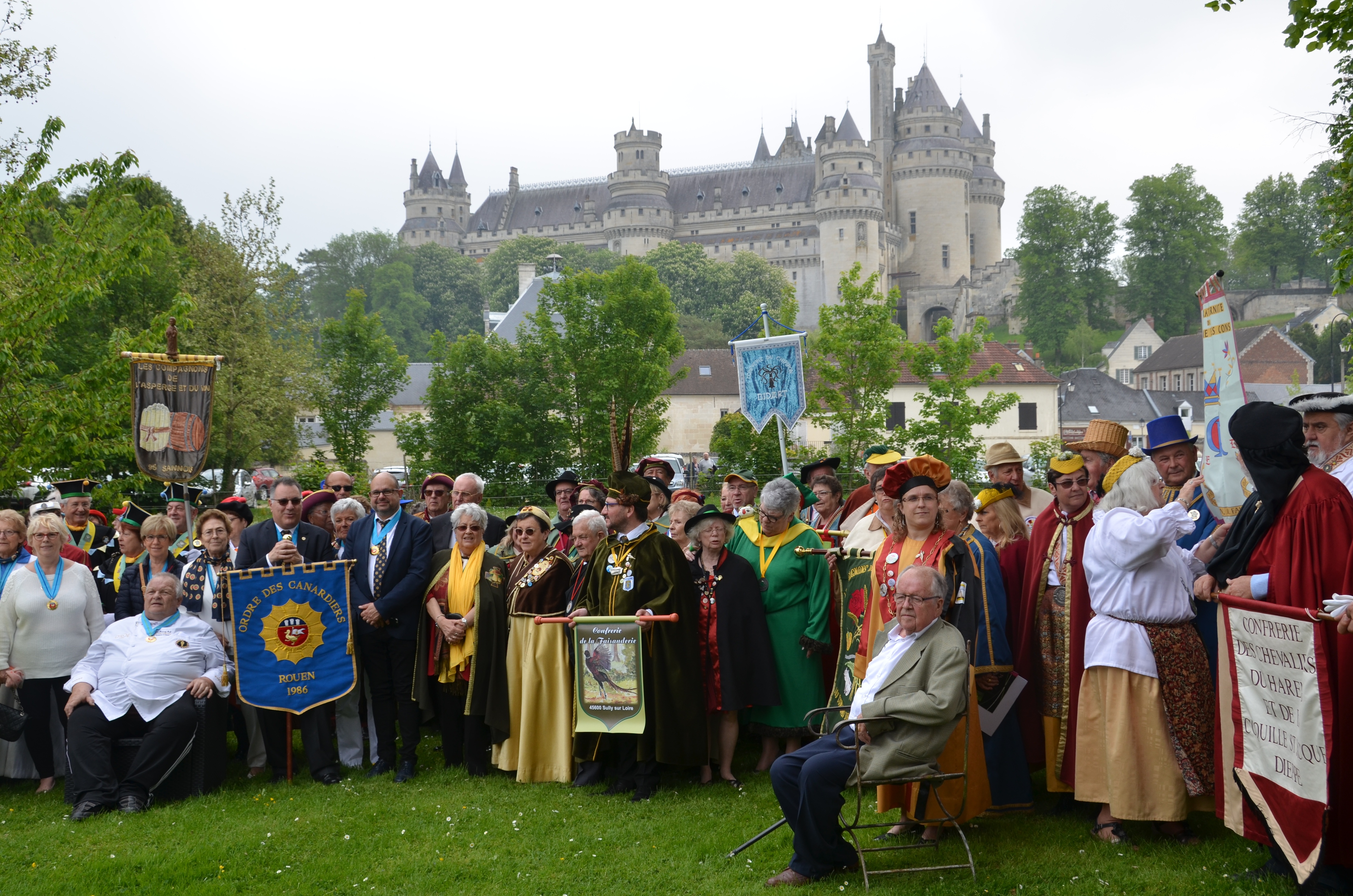 The Picardie Consulate of the Ordre des Canardiers organized its traditional Gathering of Companionships on Sunday, May 22nd. It was held at the Domaine des Thermes, owned by Master Canardier Charles-Richard DELSAUX, who welcomed the guests with a hearty breakfast. Unfortunately, Consul Maryse ANDRIEUX was unable to host this convivial event because of a health issue, so President Patrice THOMAS started the gathering by wishing her well. Then, he introduced each companionship in turns by describing them in a short speech. After the speeches, i was time to attend the demonstration performed by Charles-Richard DELSAUX in the park, followed by the aperitif and the traditional meal whose main course consisted of Rouennaise duckling while the numerous starters and desserts were displayed on buffet tables.