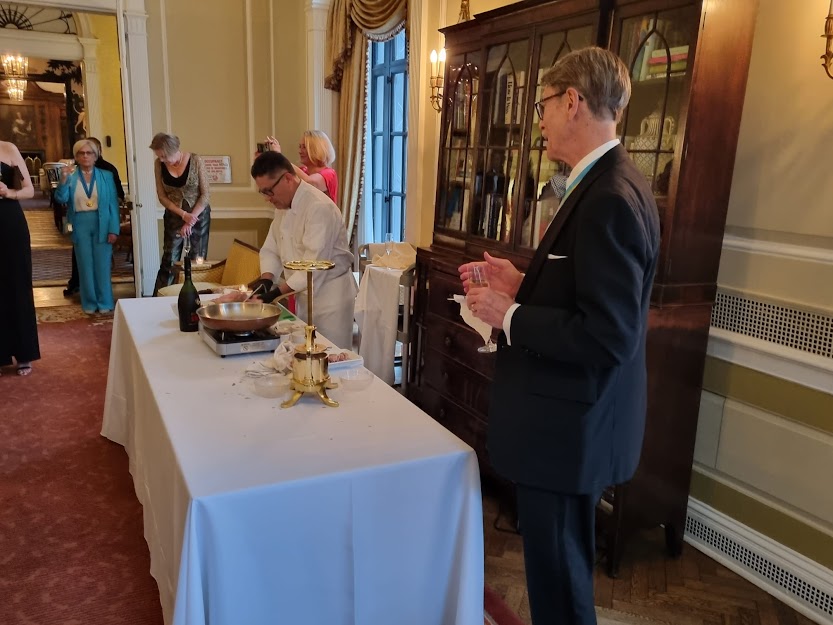 The idea to create a Chapter of the Ordre des Canardiers in Chicago appeared when former Mayor Jean LECANUET and a delegation from Rouen travelled to Chicago in 1987. Professor Norman GOLB, a renowned scholar of Jewish History, had done research work about “La Maison Sublime”, the oldest Jewish monument in France, located below Rouen’s Law Court. As a result of his visits, he cooperated to the creation of the Chicago Chapter in 1992, together with Brett AUGUST, a lawyer.

On May 1st 2022, 2 years later than what was originally scheduled, President Patrice THOMAS and his wife travelled to Chicago in order to celebrate the 30th Anniversary of the Chapter with Brett AUGUST and about a hundred guests. The event took place at the Women’s Athletic Club and started with a demonstration of Rouennaise Duckling, followed by the induction of 11 new members. 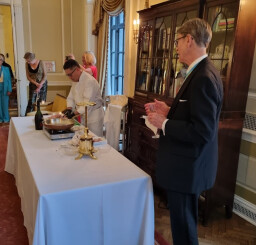 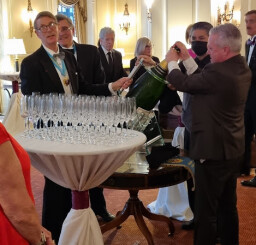 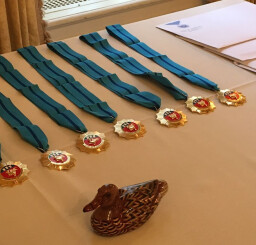