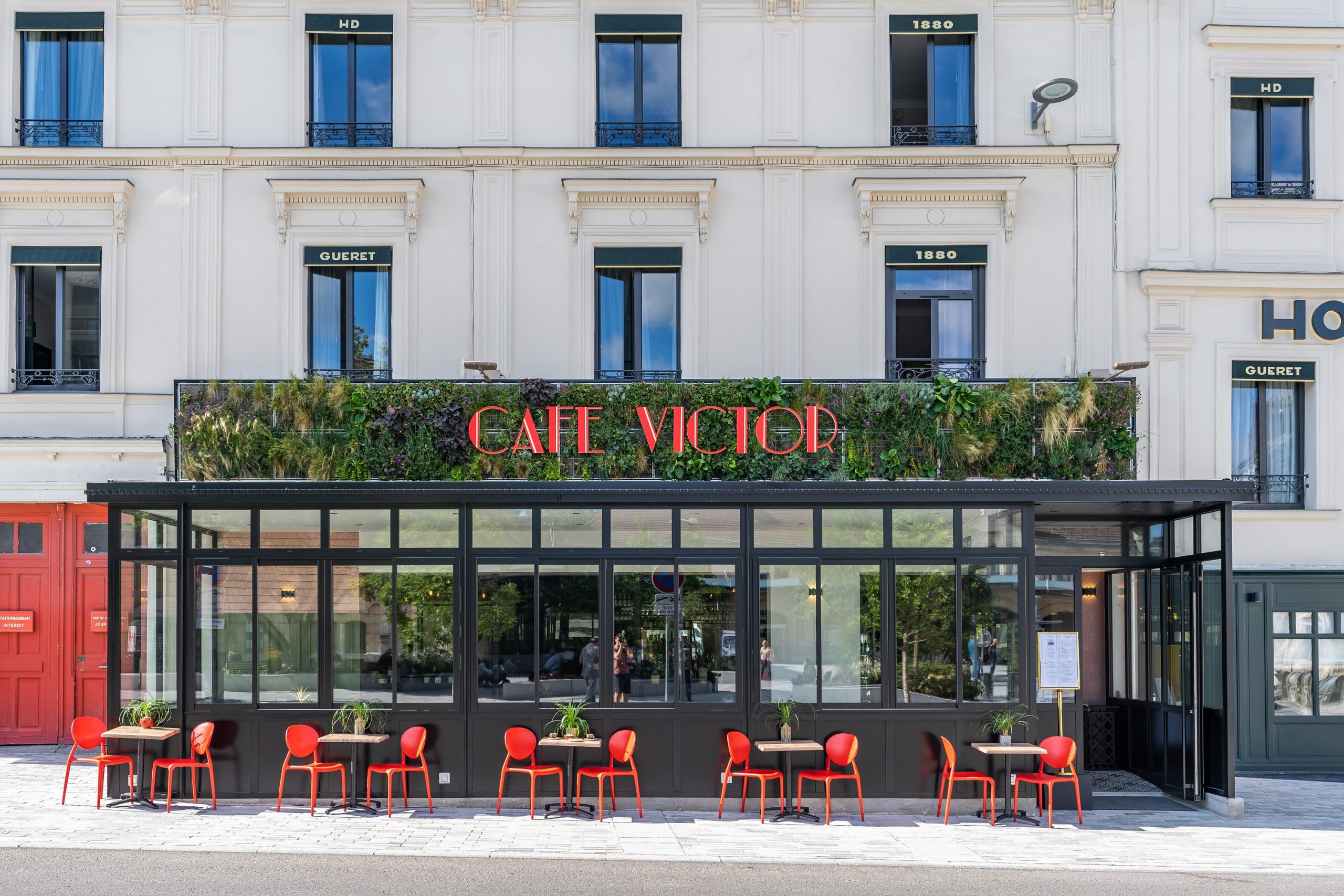 After a long period of inactivity due to the pandemic, 70 members of the Canardiers were present at Café Victor’s, on September 12th. All of them had been looking forward to meeting again and discovering the Hôtel de Dieppe’s new restaurant, which was refurbished into a Parisian-style brasserie. Mayor Nicolas MAYER ROSSIGNOL was among the guests.
After the house’s signature Ambiance cocktail, the menu consisted of a half rock lobster in Bellevue, Rouennaise Duckling and Smoked Chocolate Dessert with Fig. The demonstration was performed by Julien MARCHAL-GUERET and Fabrice MENARD, with Mayor Nicolas MAYER ROSSIGNOL working the press.
At the end of the meal, Julien MARCHAL-GUERET introduced his teams and Fabrice MENARD was inducted Master Canardier, thus receiving the congratulations of Pierre GUERET and all the guests. As for John DOUGHTY, he was warmly thanked for organizing the event. 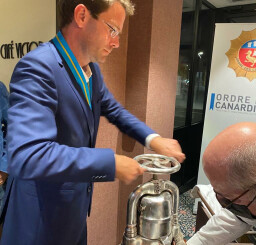 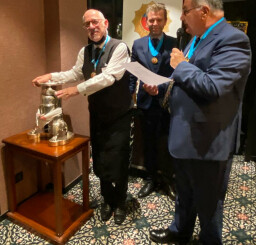 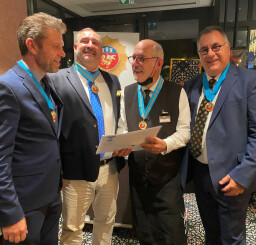 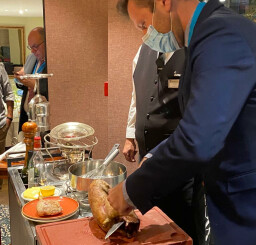 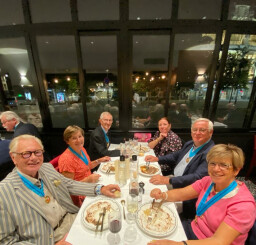 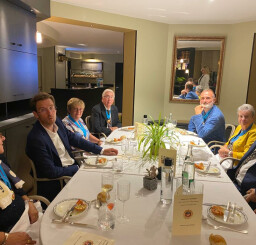 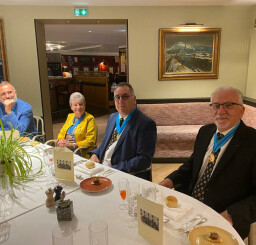 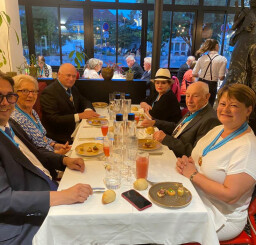 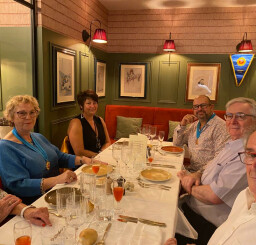 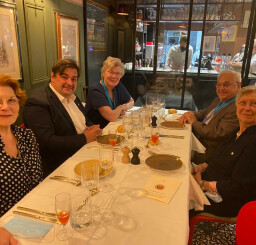 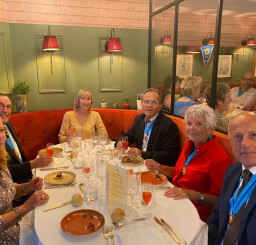 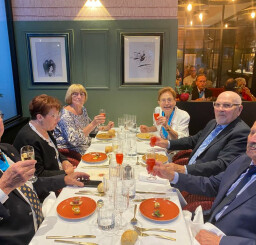 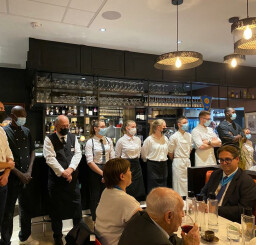