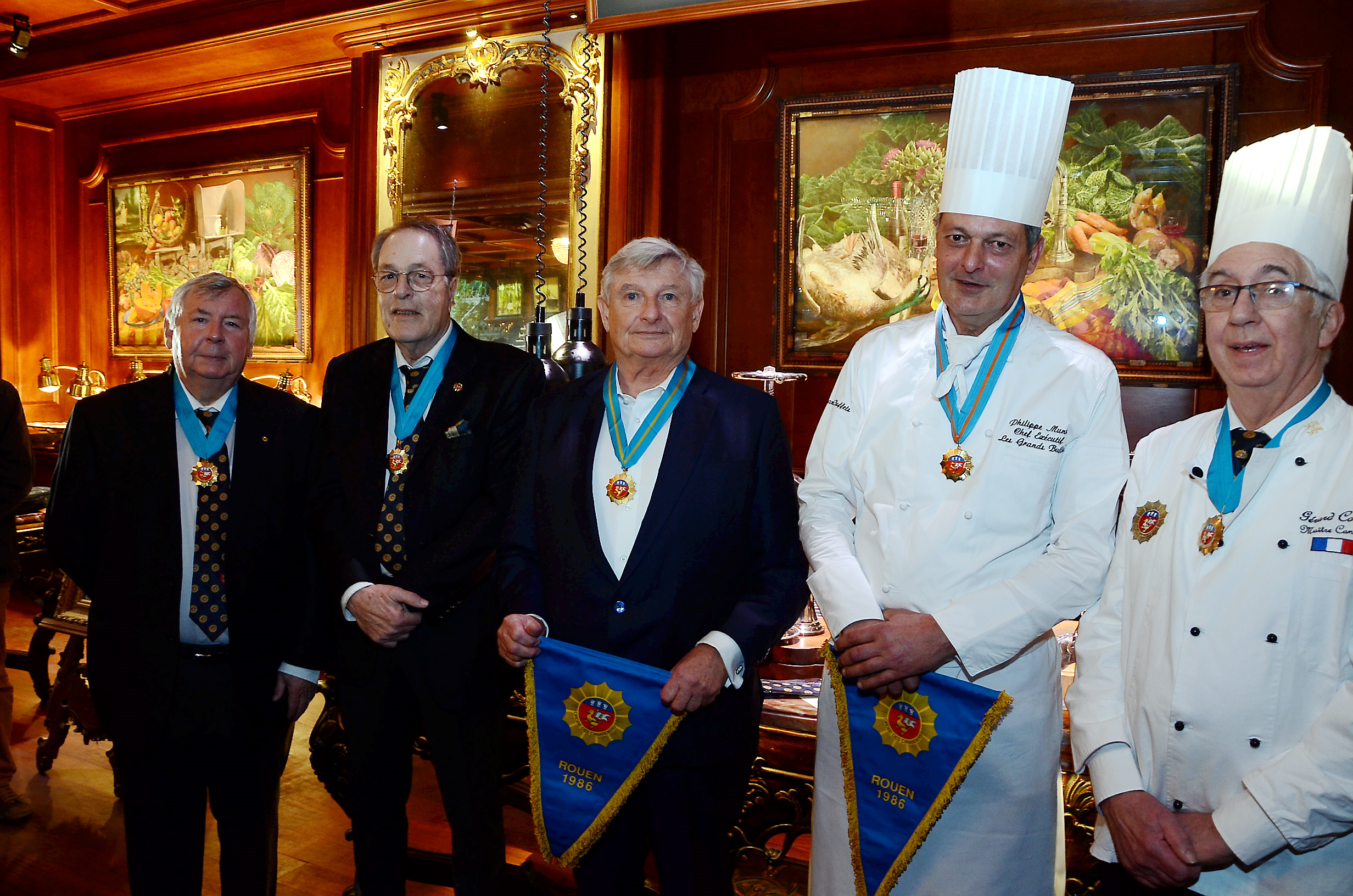 When La Tour d’Argent’s equipment was put up for auction in 2016, Louis PRIVAT, owner of “Les Grands Buffets de Narbonne” bid for their duck press successfully. The Ordre des Canardiers then offered to help him put Rouennaise Duckling on his restaurant’s menu. Gilles HAUVILLE, Master Canardier, travelled to Narbonne and showed the kitchen staff and the waiters how to prepare the dish. Gérard COUDRAY, Philippe DUJAY and Jean LOISEL, accompanied by their spouses, went to Narbonne to make Louis PRIVAT Canardier of Honour and Chef Philippe MUNOS Master Canardier. The induction ceremony was followed by a demonstration by Gérard COUDRAY and Philippe MUNOS, which was filmed by French TV Channel C8 for a programme to be broadcast soon. 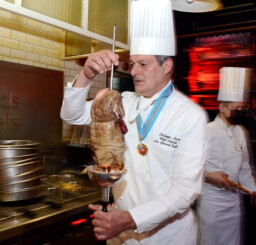 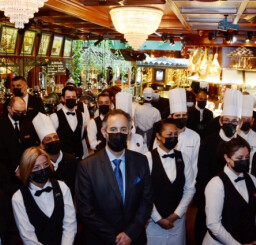 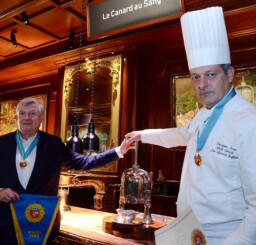 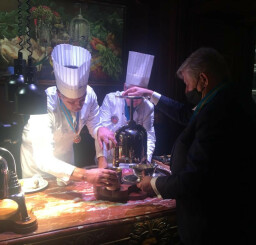 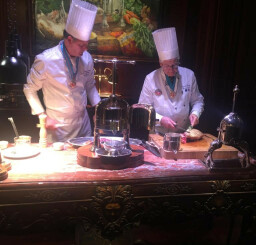 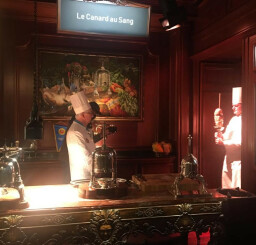 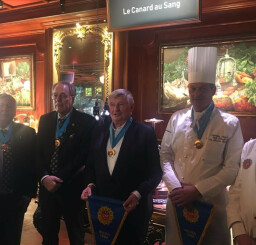 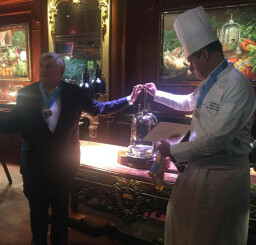 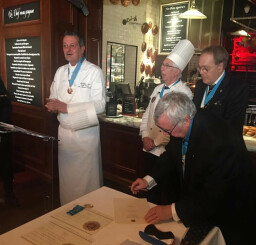 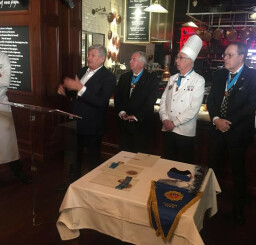 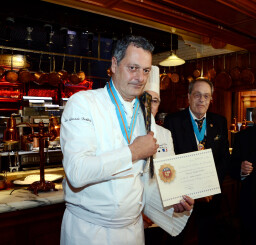 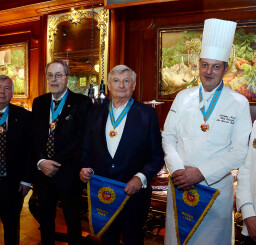